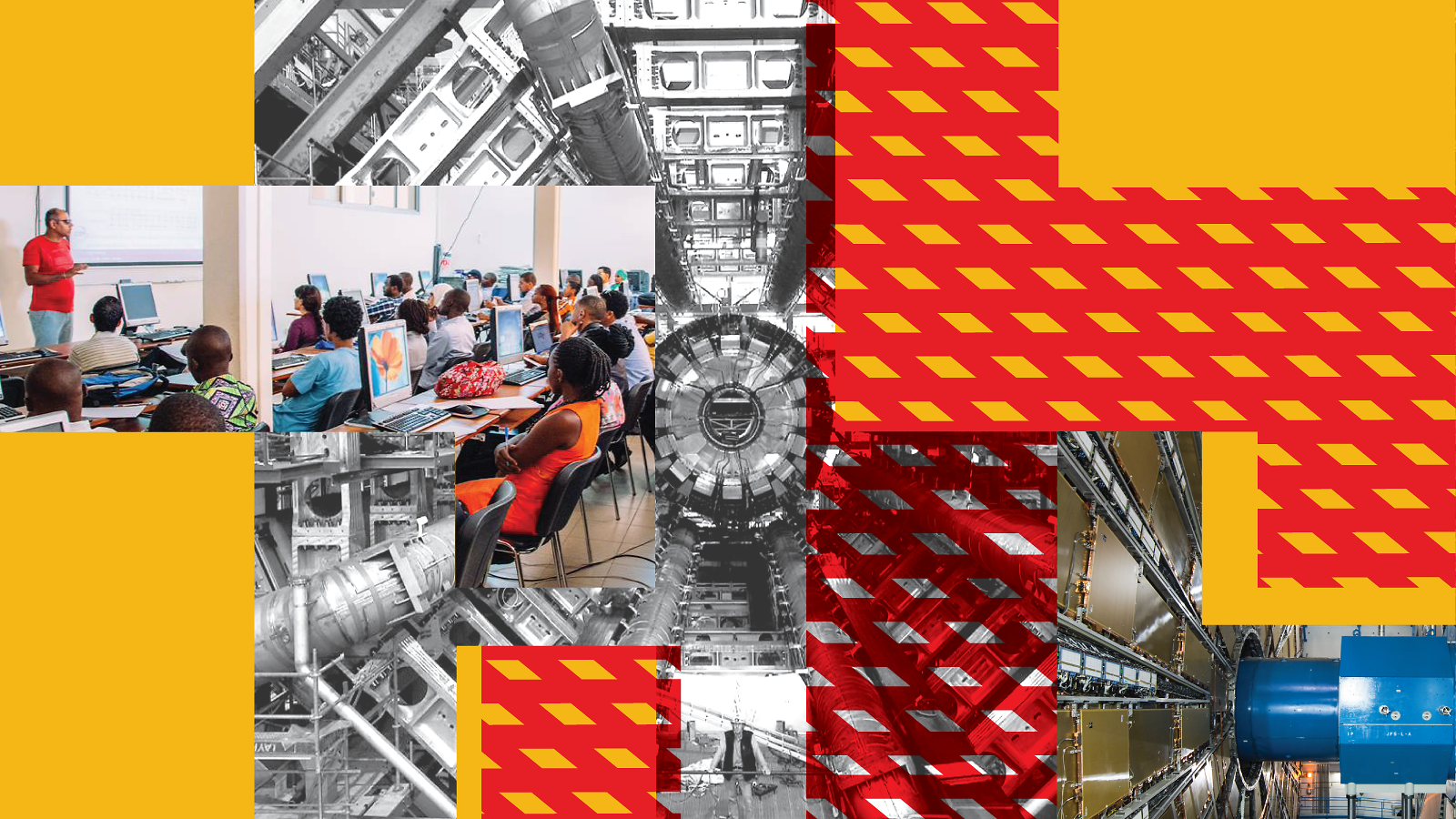 Universities in Africa are teaming up to offer free training to students interested in fundamental physics.

Last Feremenga was born in a small town in Zimbabwe. As a high school student in a specialized school in the capital, Harare, he was drawn to the study of physics.

“Physics was at the top of my list of potential academic fields to pursue,” he says.

But with limited opportunities nearby, that was going to require a lot of travel.

With help from the US Education Assistance Center at the American Embassy in Harare, Feremenga was accepted at the University of Chicago in 2007. As an undergraduate, he conducted research for a year at the nearby US Department of Energy’s Fermi National Accelerator Laboratory.

Then, through the University of Texas at Arlington, he became one of just a handful of African nationals to conduct research as a user at European research center CERN. Feremenga joined the ATLAS experiment at the Large Hadron Collider. He spent his grad-school years traveling between CERN and Argonne National Laboratory near Chicago, analyzing hundreds of terabytes of ATLAS data.

“I became interested in solving problems across diverse disciplines, not just physics,” he says.

“At CERN and Argonne, I assisted in developing a system that filters interesting events from large data-sets. I also analyzed these large datasets to find interesting physics patterns.” 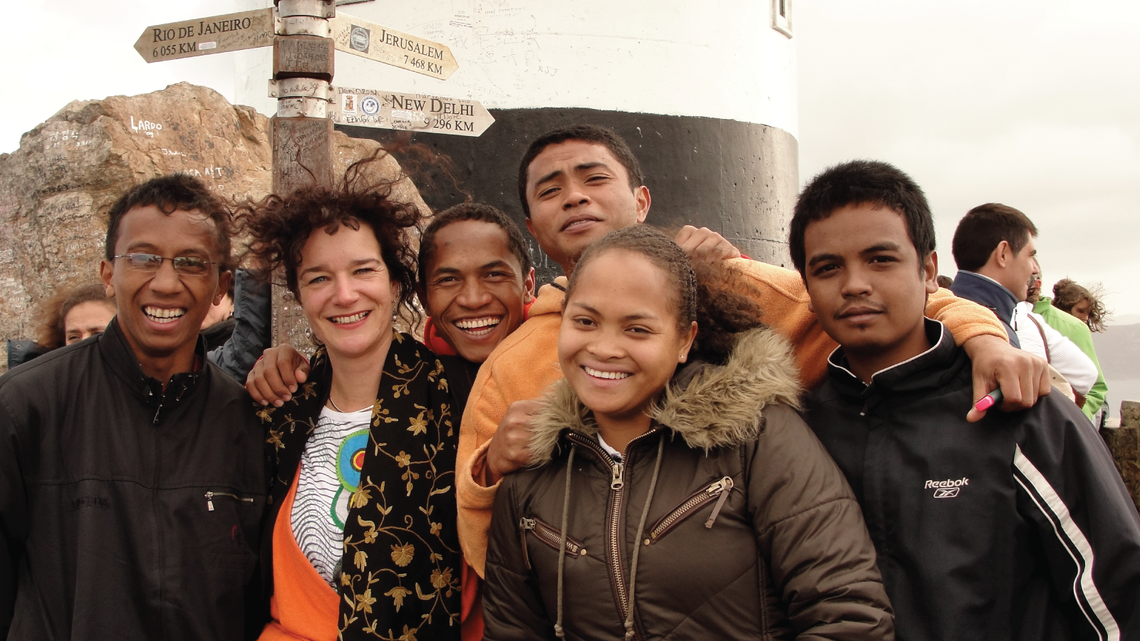 The African School of Fundamental Physics and Applications

In December 2016, he received his PhD. In February 2017, he accepted a job at technology firm Digital Reasoning in Nashville, Tennessee.

To pursue particle physics, Feremenga needed to spend the entirety of his higher education outside Zimbabwe. Only one activity brought him even within the same continent as his home: the African School of Fundamental Physics and Applications. Feremenga attended the school in the program’s inaugural year at South Africa’s Stellenbosch University.

The ASP received funding for a year from France’s Centre National de la Recherche Scientific (CNRS) in 2008. Since then, major supporters among 20 funding institutions have included the International Center for Theoretical Physics (ICTP) in Trieste, Italy; the South African National Research Foundation, and department of Science and Technology; and the South African Institute of Physics. Other major supporters have included CERN, the US National Science Foundation and the University of Rwanda.

The free, three-week ASP has been held bi-annually since 2010. Targeting students in sub-Saharan Africa, the school has been held in South Africa, Ghana, Senegal and Rwanda. The 2018 School is slated to take place in Namibia. Thanks to outreach efforts, applications have risen from 125 in 2010 to 439 in 2016. 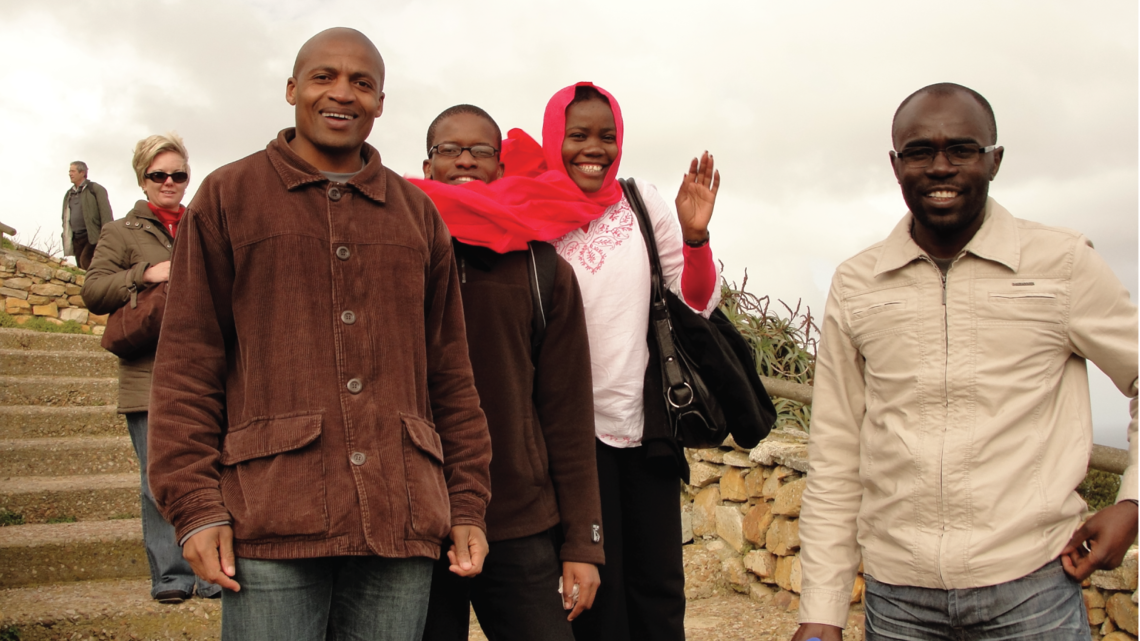 The African School of Fundamental Physics and Applications

The 50 to 80 students selected for the school must have a minimum of a 3-year university education in math, physics, engineering and/or computer science. The first week of the school focuses on theoretical physics; the second week, experimental physics; the third week, physics applications and high-performance computing.

Assamagan, originally from Togo but now a US citizen, worked on the Higgs hunt with the ATLAS experiment. He is currently at Brookhaven National Lab in New York, which supports him devoting 10 percent of his time to the ASP.

While sub-Saharan countries are just beginning to close the gap in physics, there is one well-established accelerator complex in South Africa, operated by the iThemba LABS of Cape Town and Johannesburg. The 30-year-old Separated-Sector Cyclotron, which primarily produces particle beams for nuclear research and for training at the postdoc level, is the largest accelerator of its kind in the southern hemisphere.

Jonathan Dorfan, former Director of SLAC National Accelerator Laboratory and a native of South Africa, attended University of Cape Town. Dorfan recalls that after his Bachelor’s and Master’s degrees, the best PhD opportunities were in the US or Britain. He says he’s hopeful that that outlook could one day change.

Organizers of the African School of Fundamental Physics and Applications continue reaching out to students on the continent in the hopes that one day, someone like Feremenga won’t have to travel across the world to pursue particle physics.