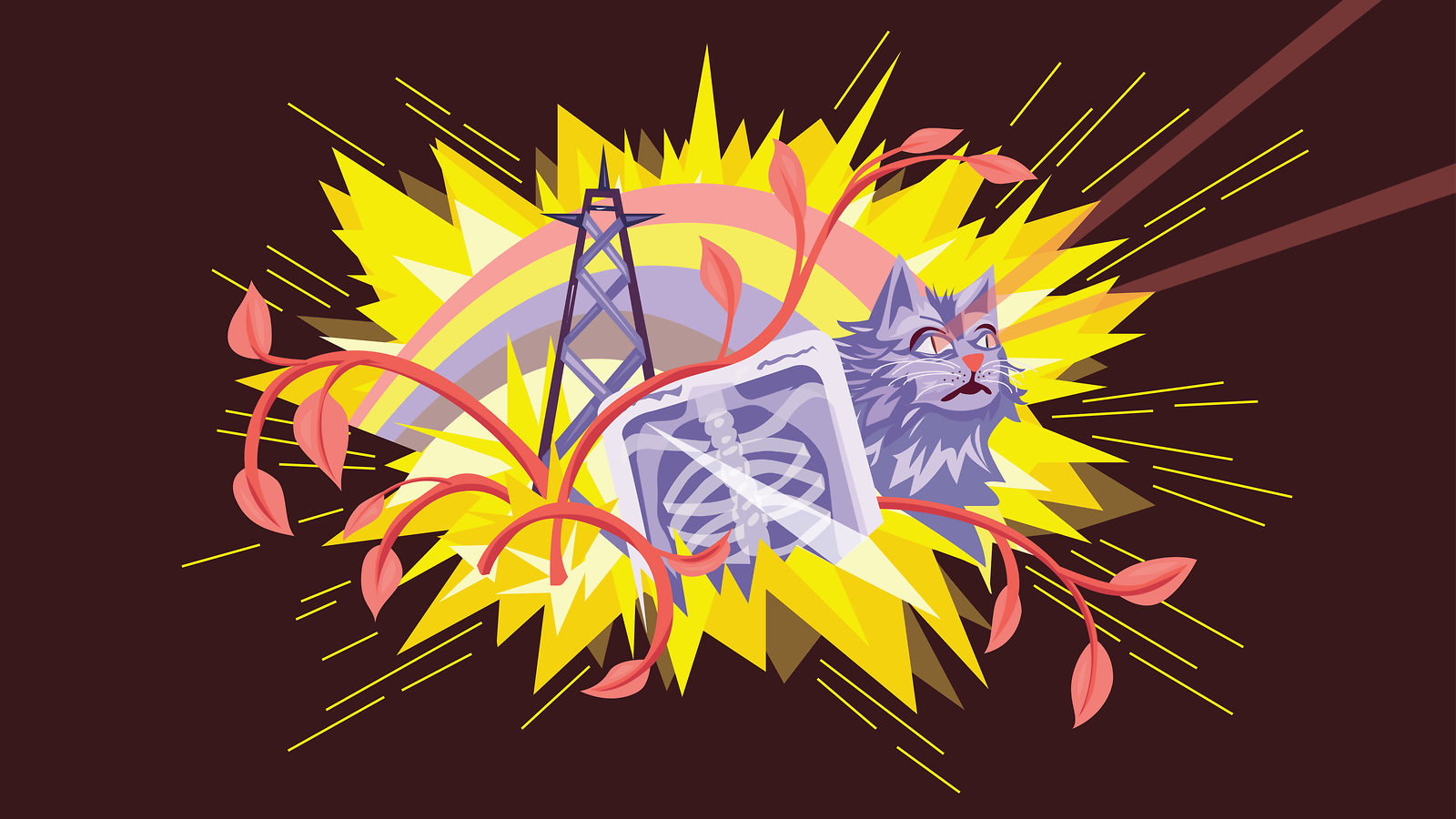 There’s more to light than meets the eye. Here are eight enlightening facts about photons: 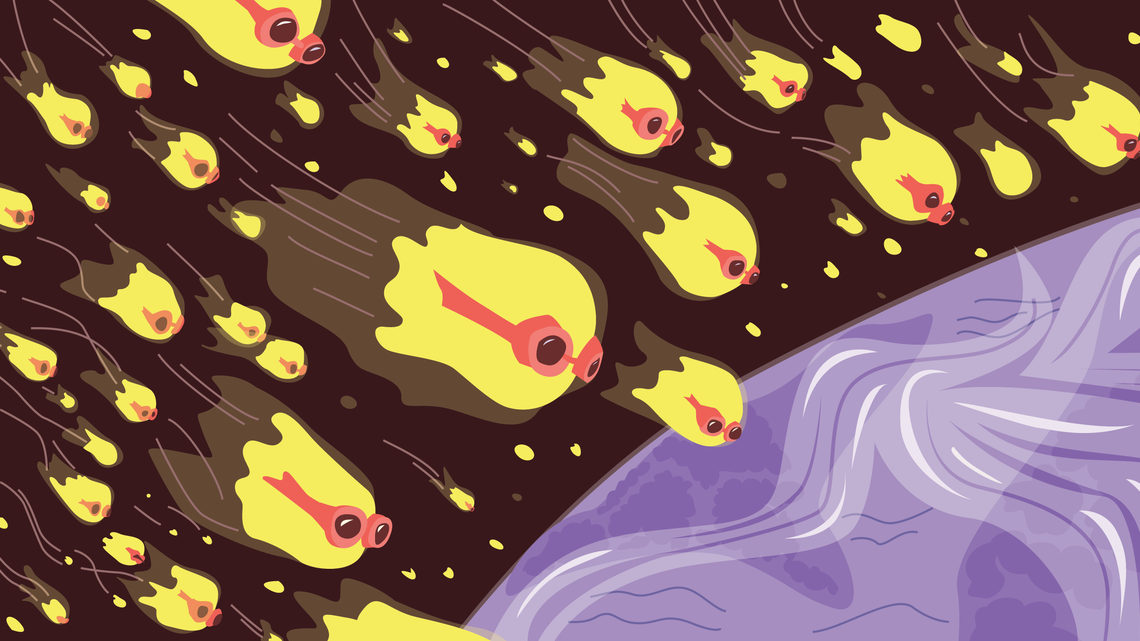 1. Photons can produce shock waves in water or air, similar to sonic booms.

Nothing can travel faster than the speed of light in a vacuum. However, light slows down in air, water, glass and other materials as photons interact with atoms, which has some interesting consequences.

The highest-energy gamma rays from space hit Earth’s atmosphere moving faster than the speed of light in air. These photons produce shock waves in the air, much like a sonic boom, but the effect is to make more photons instead of sound. Observatories like VERITAS in Arizona look for those secondary photons, which are known as Cherenkov radiation. Nuclear reactors also exhibit Cherenkov light in the water surrounding the nuclear fuel. 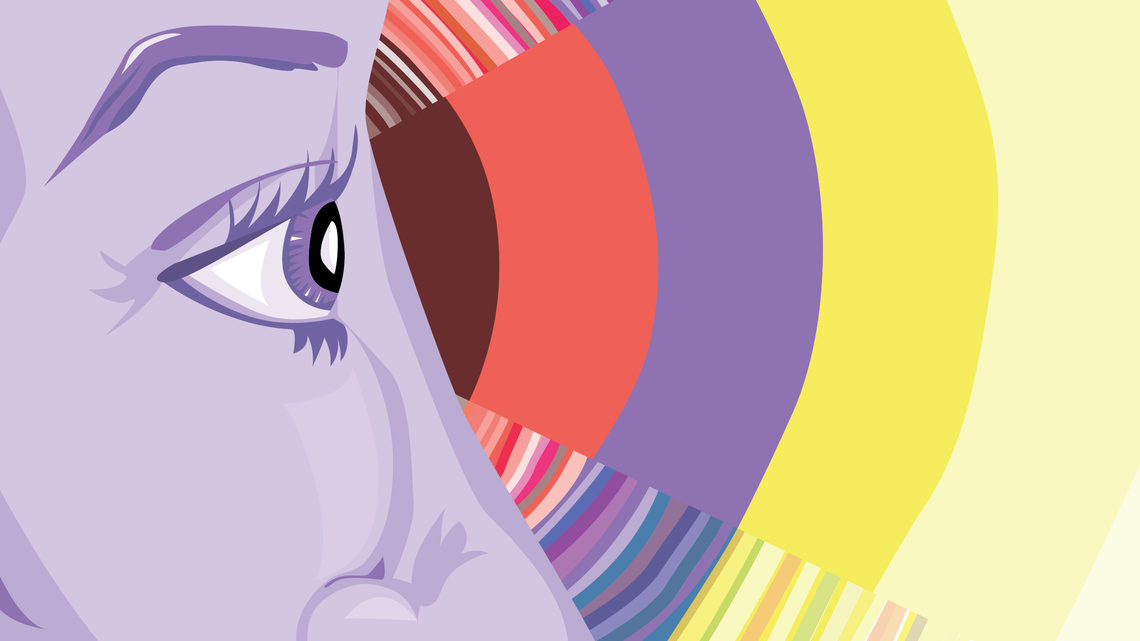 2. Most types of light are invisible to our eyes.

Colors are our brains’ way of interpreting the wavelength of light: how far the light travels before the wave pattern repeats itself. But the colors we see—called “visible” or “optical” light—are only a small sample of the total electromagnetic spectrum.

Red is the longest wavelength light we see, but stretch the waves more and you get infrared, microwaves (including the stuff you cook with) and radio waves. Wavelengths shorter than violet span ultraviolet, X-rays and gamma rays. Wavelength is also a stand-in for energy: The long wavelengths of radio light have low energy, and the short-wavelength gamma rays have the highest energy, a major reason they’re so dangerous to living tissue. 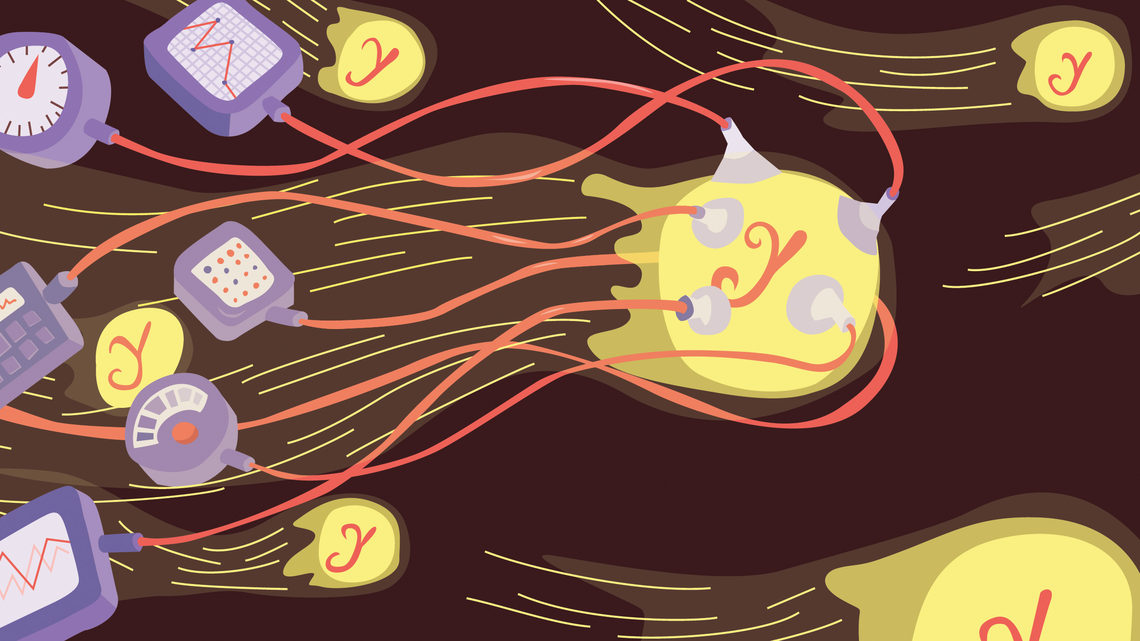 Light is made of particles called photons, bundles of the electromagnetic field that carry a specific amount of energy. With sufficiently sensitive experiments, you can count photons or even perform measurements on a single one. Researchers have even frozen light temporarily.

But don’t think of photons like they are pool balls. They’re also wave-like: they can interfere with each other to produce patterns of light and darkness. The photon model was one of the first triumphs of quantum physics; later work showed that electrons and other particles of matter also have wave-like properties. 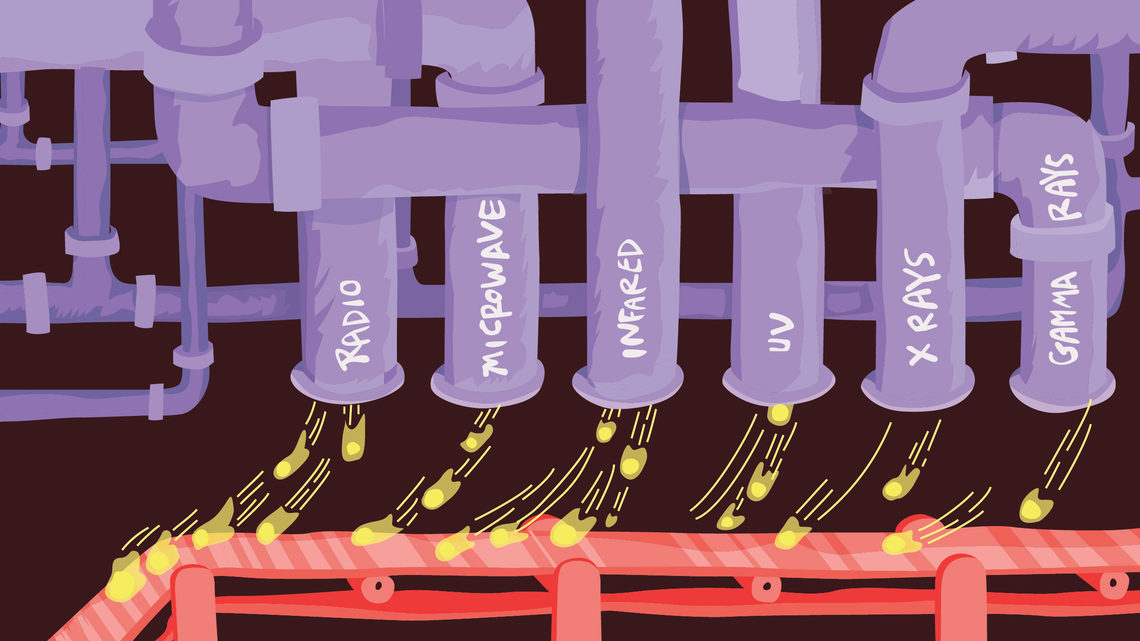 4. Photons from particle accelerators are used in chemistry and biology.

Visible light’s wavelengths are larger than atoms and molecules, so we literally can’t see the components of matter. However, the short wavelengths of X-rays and ultraviolet light are suited to showing such small structure. With methods to see these high-energy types of light, scientists get a glimpse of the atomic world.

Particle accelerators can make photons of specific wavelengths by accelerating electrons using magnetic fields; this is called “synchrotron radiation.” Researchers use particle accelerators to make X-rays and ultraviolet light to study the structure of molecules and viruses and even make movies of chemical reactions. 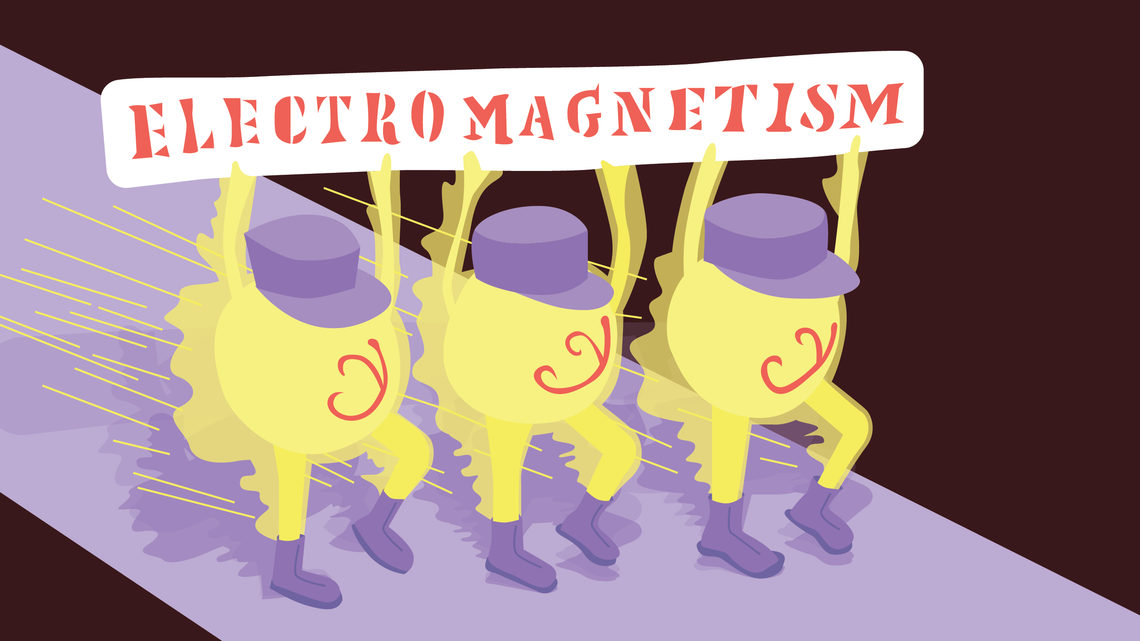 5. Light is the manifestation of one of the four fundamental forces of nature.

Photons carry the electromagnetic force, one of the four fundamental forces (along with the weak force, the strong force, and gravity). As an electron moves through space, other charged particles feel it thanks to electrical attraction or repulsion. Because the effect is limited by the speed of light, other particles actually react to where the electron was rather than where it actually is. Quantum physics explains this by describing empty space as a seething soup of virtual particles. Electrons kick up virtual photons, which travel at the speed of light and hit other particles, exchanging energy and momentum. 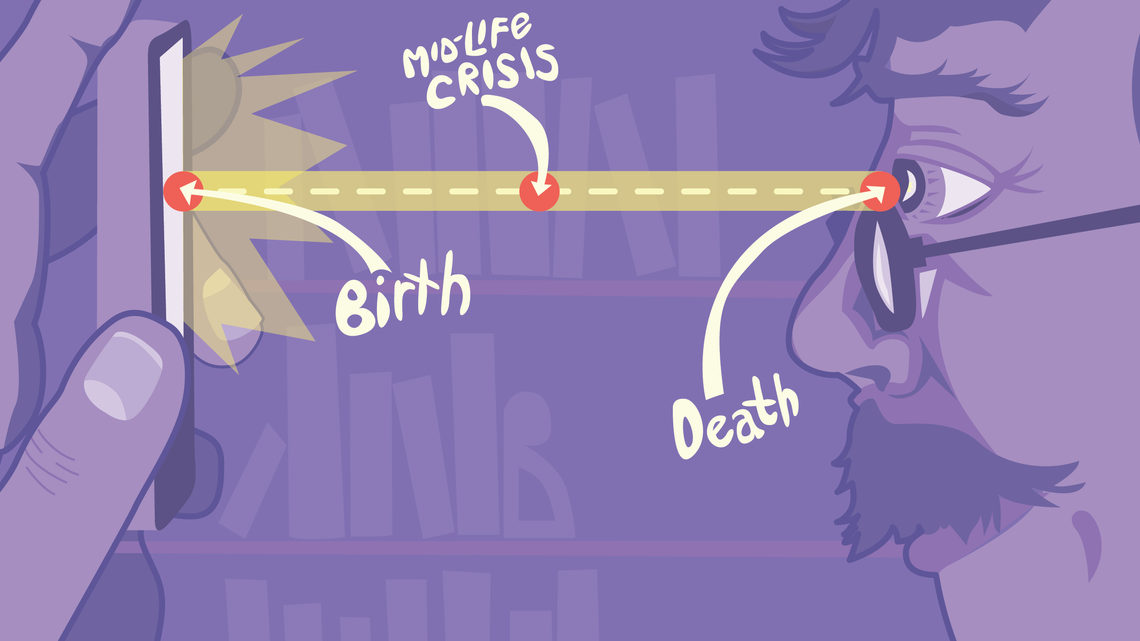 6. Photons are easily created and destroyed.

Unlike matter, all sorts of things can make or destroy photons. If you’re reading this on a computer screen, the backlight is making photons that travel to your eye, where they are absorbed—and destroyed.

The movement of electrons is responsible for both the creation and destruction of the photons, and that’s the case for a lot of light production and absorption. An electron moving in a strong magnetic field will generate photons just from its acceleration.

Similarly, when a photon of the right wavelength strikes an atom, it disappears and imparts all its energy to kicking the electron into a new energy level. A new photon is created and emitted when the electron falls back into its original position. The absorption and emission are responsible for the unique spectrum of light each type of atom or molecule has, which is a major way chemists, physicists, and astronomers identify chemical substances. 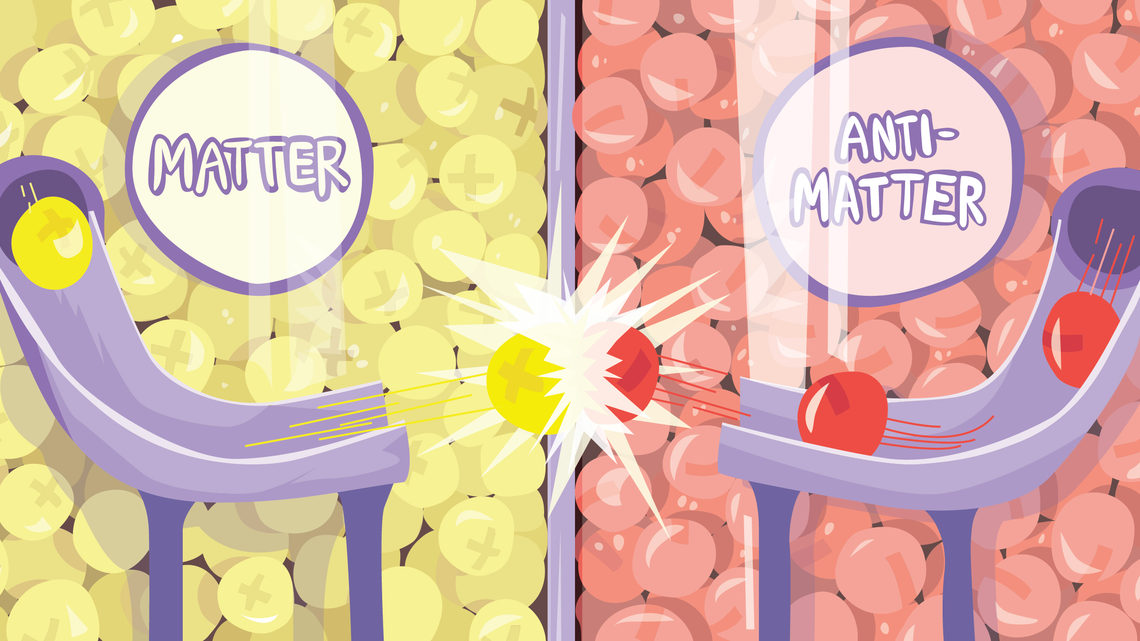 7. When matter and antimatter annihilate, light is a byproduct.

An electron and a positron have the same mass, but opposite quantum properties such as electric charge. When they meet, those opposites cancel each other, converting the masses of the particles into energy in the form of a pair of gamma ray photons. 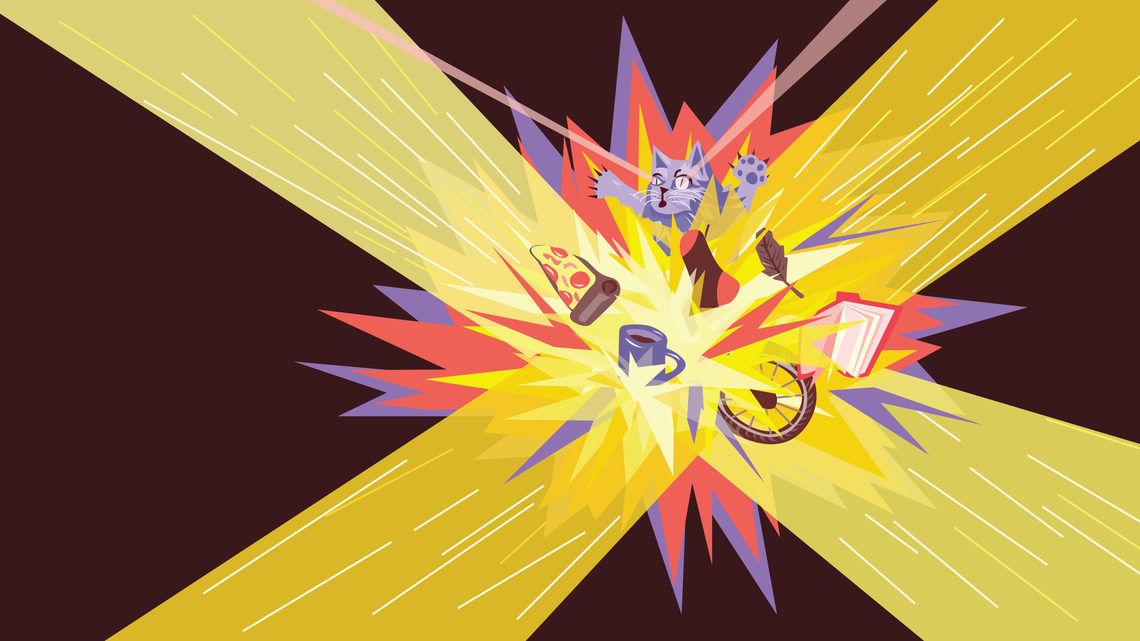 8. You can collide photons to make particles.

Photons are their own antiparticles. But here’s the fun bit: the laws of physics governing photons are symmetric in time. That means if we can collide an electron and a positron to get two gamma ray photons, we should be able to collide two photons of the right energy and get an electron-positron pair.

In practice that’s hard to do: successful experiments generally involve other particles than just light. However, inside the LHC, the sheer number of photons produced during collisions of protons means that some of them occasionally hit each other.

Some physicists are thinking about building a photon-photon collider, which would fire beams of photons into a cavity full of other photons to study the particles that come out of collisions.